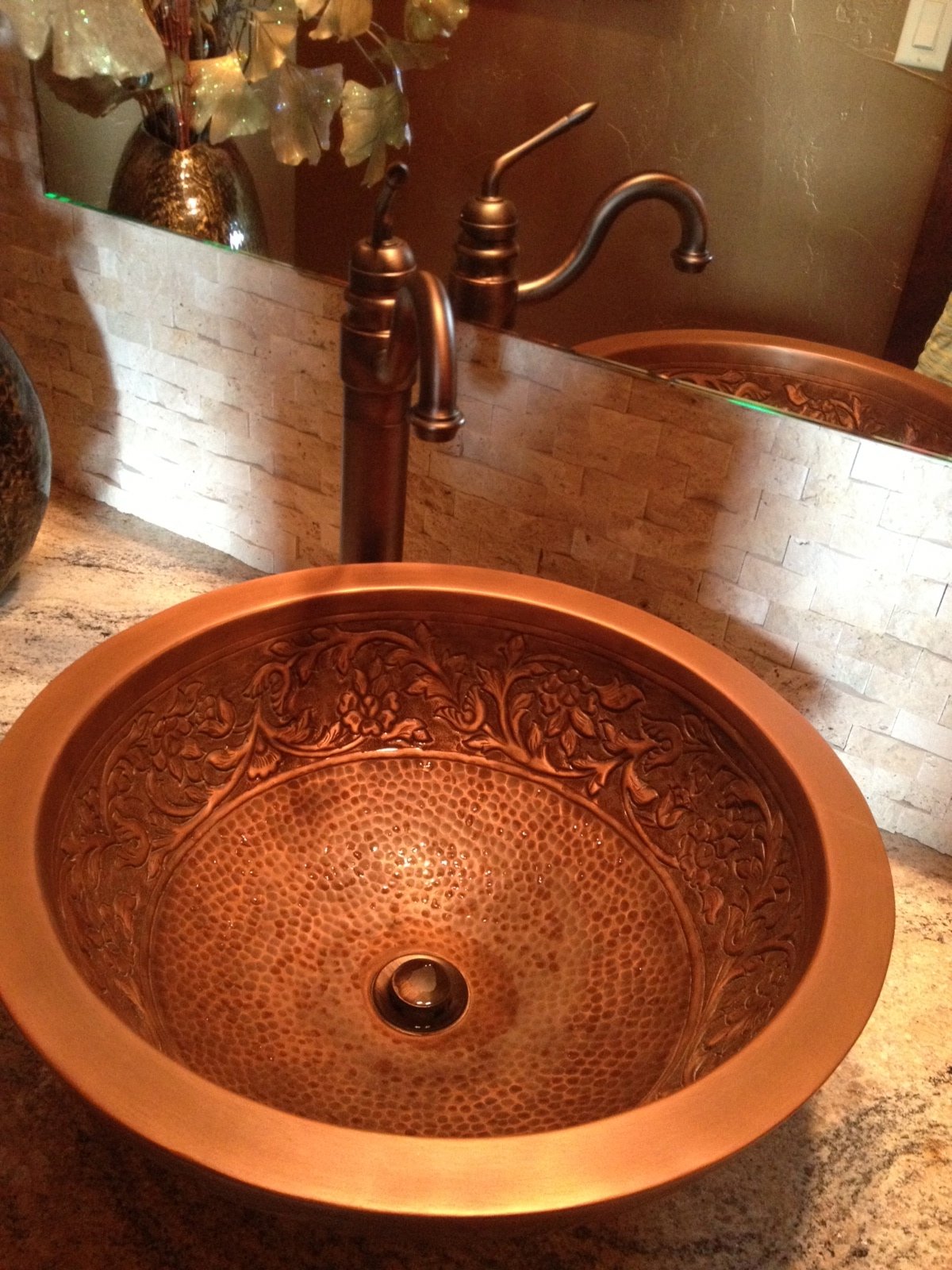 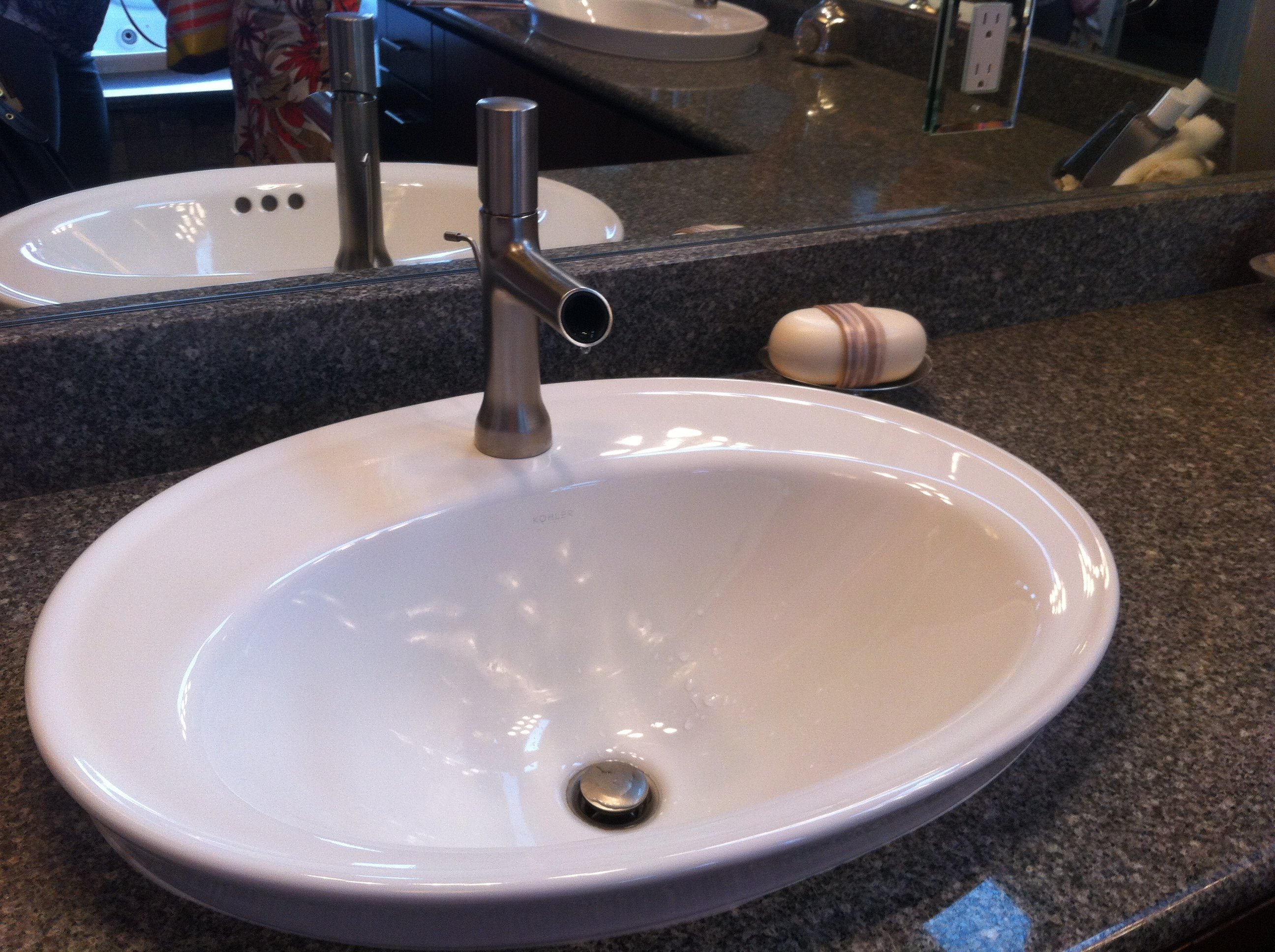 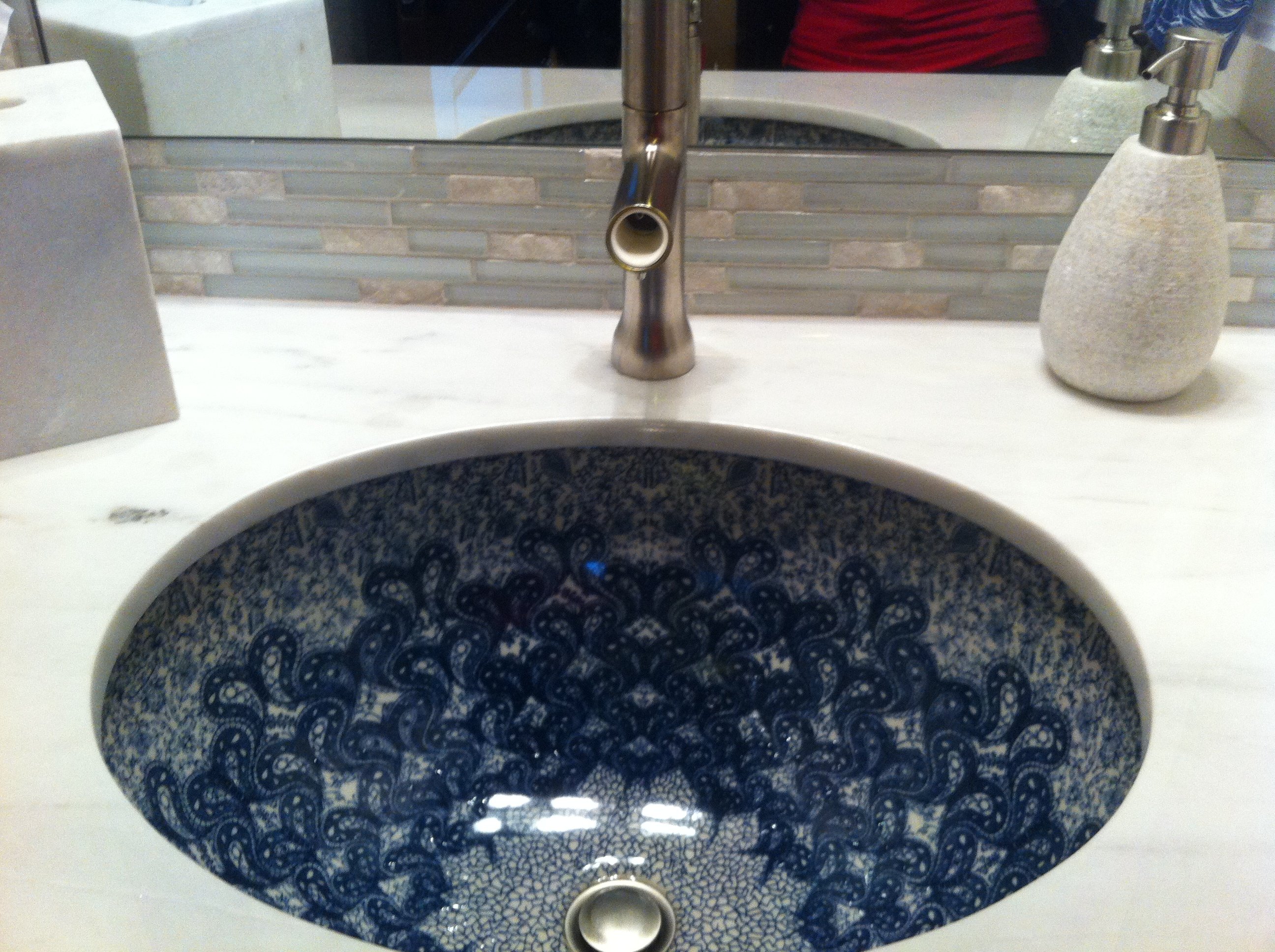 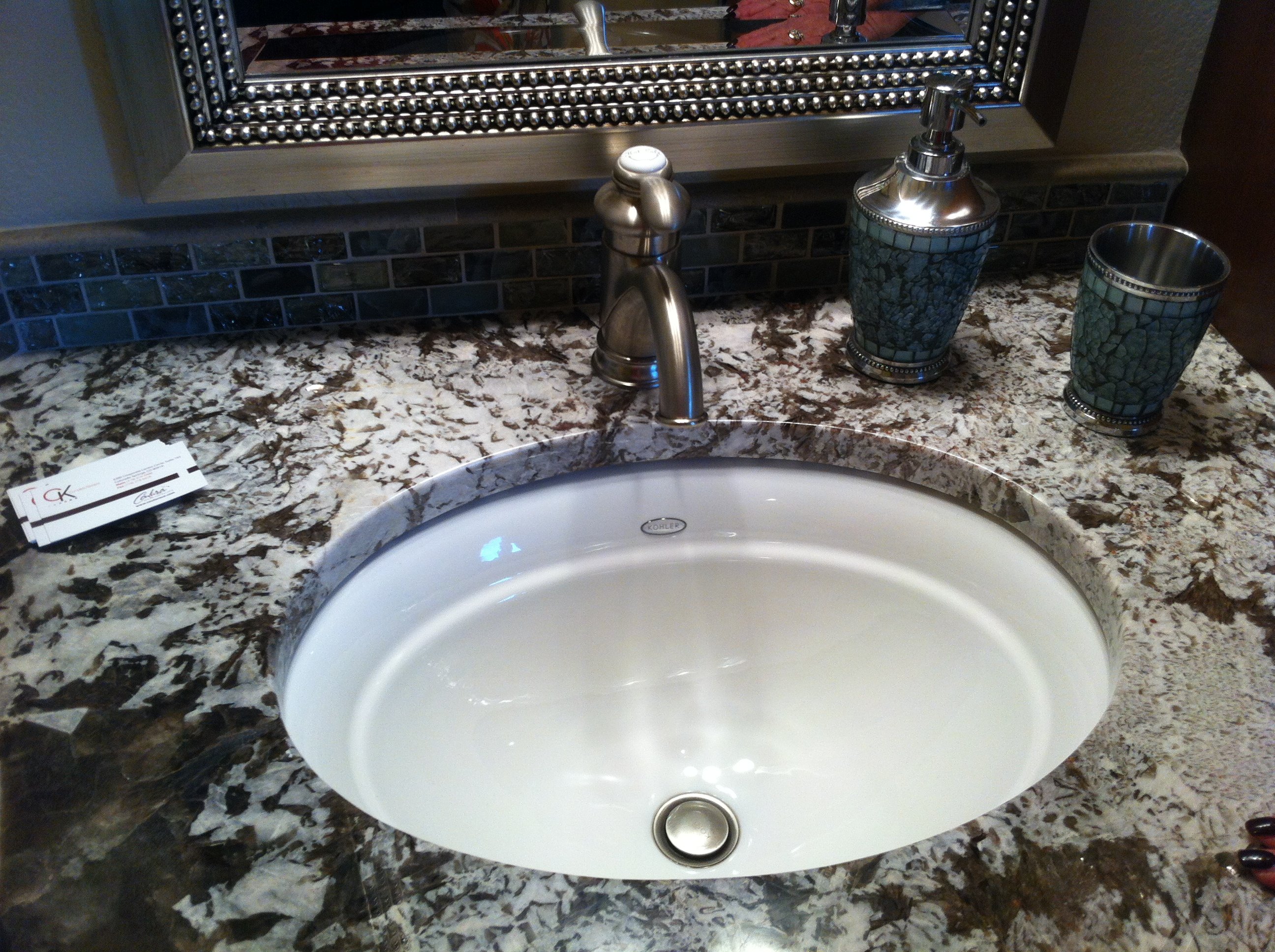 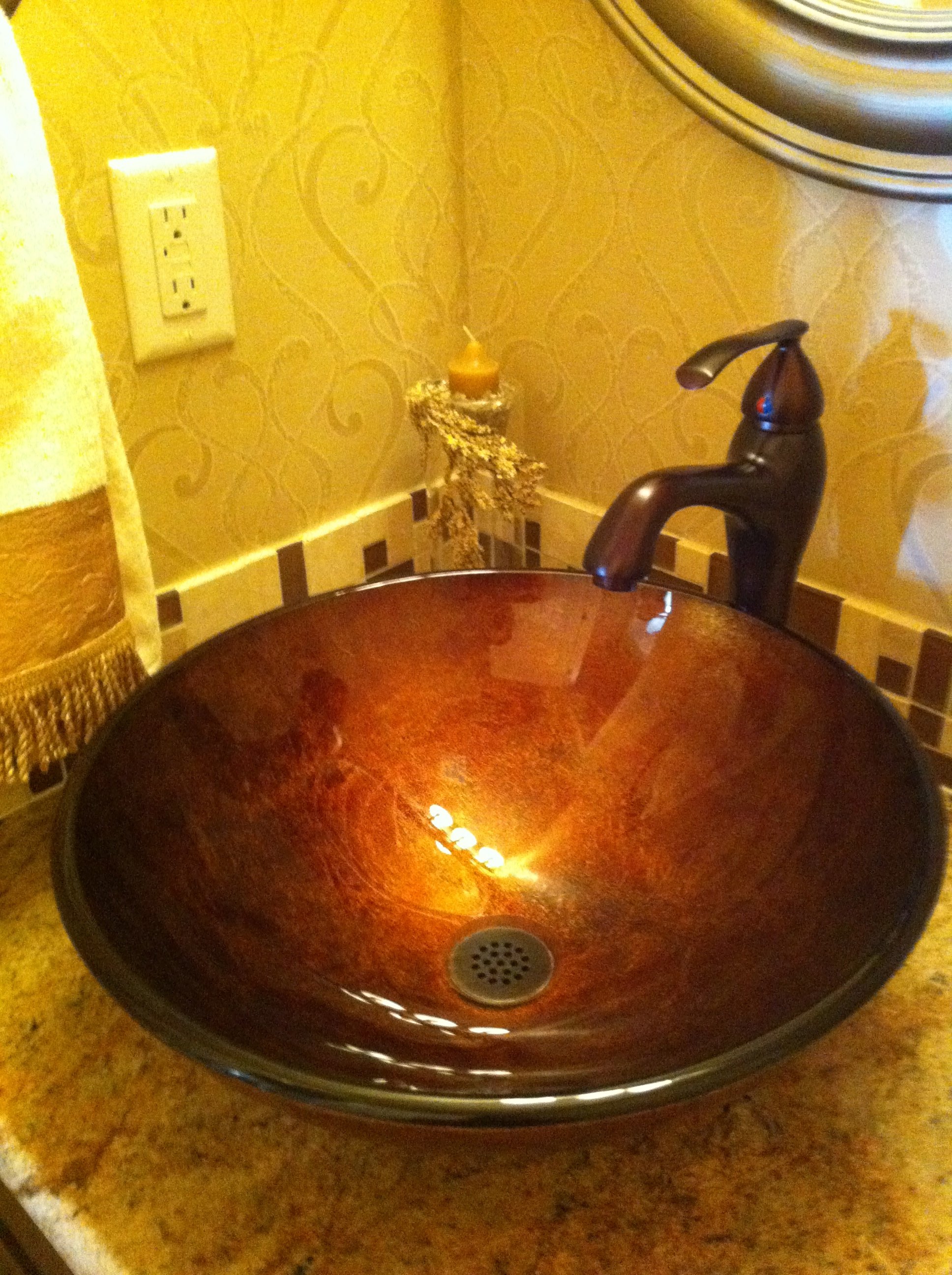 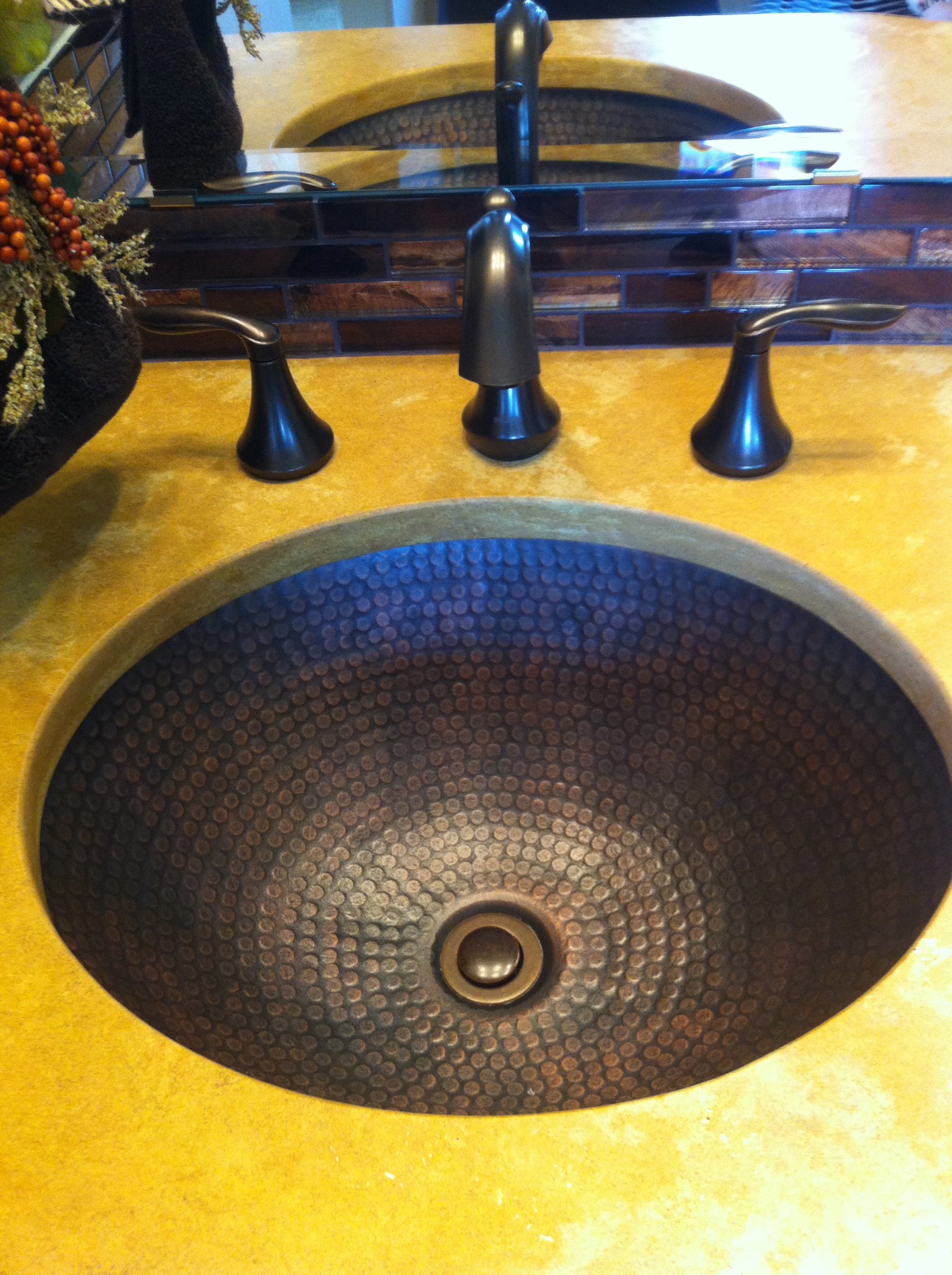 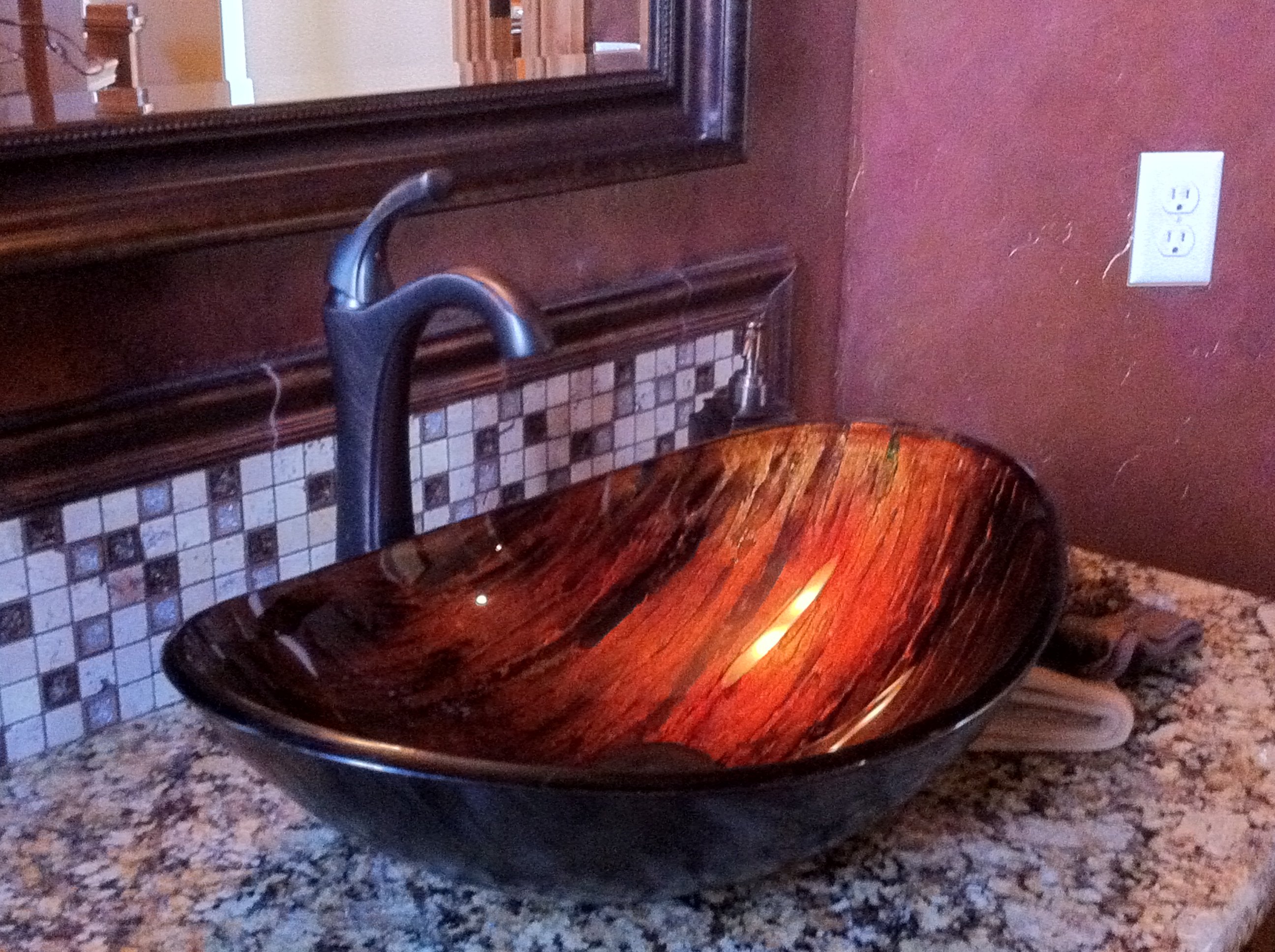 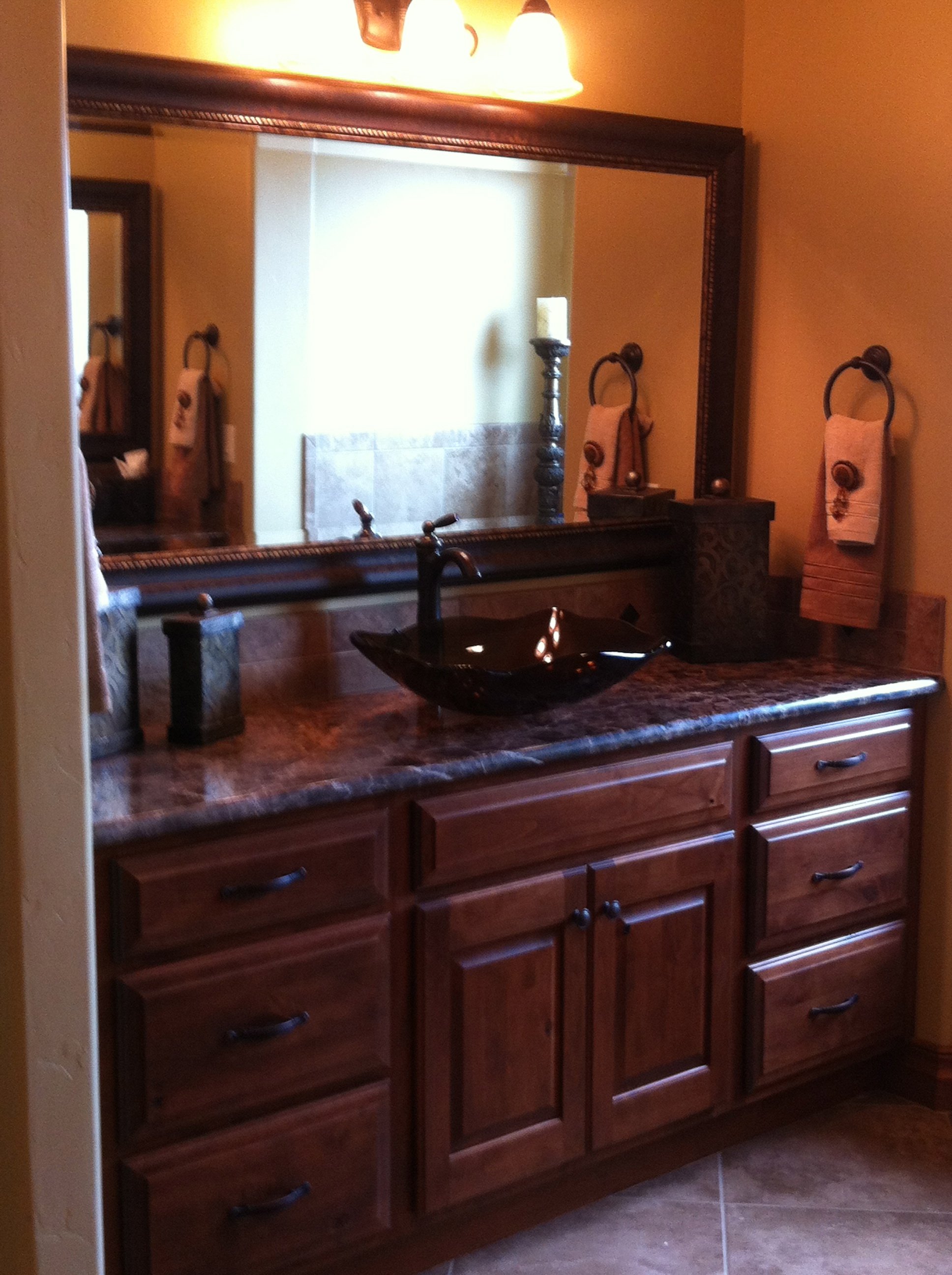 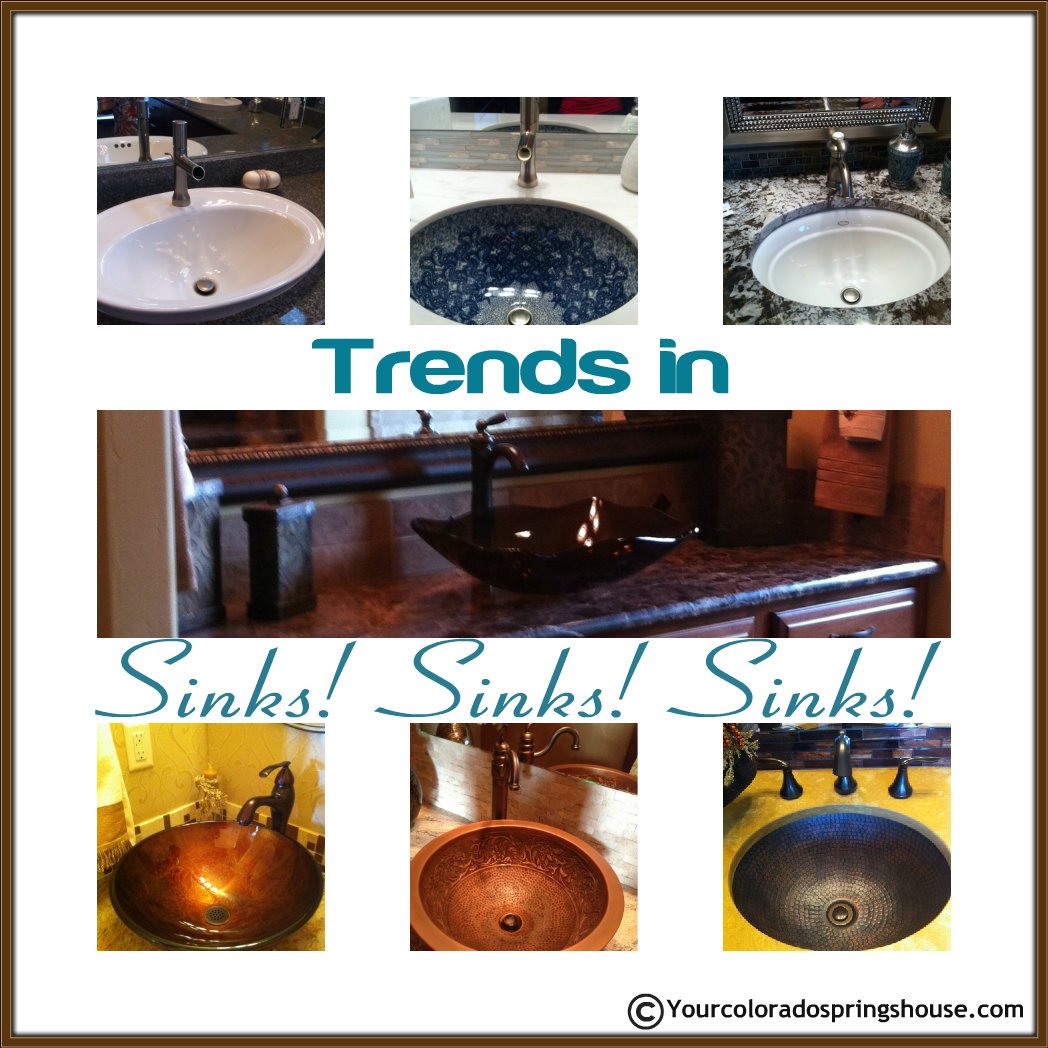 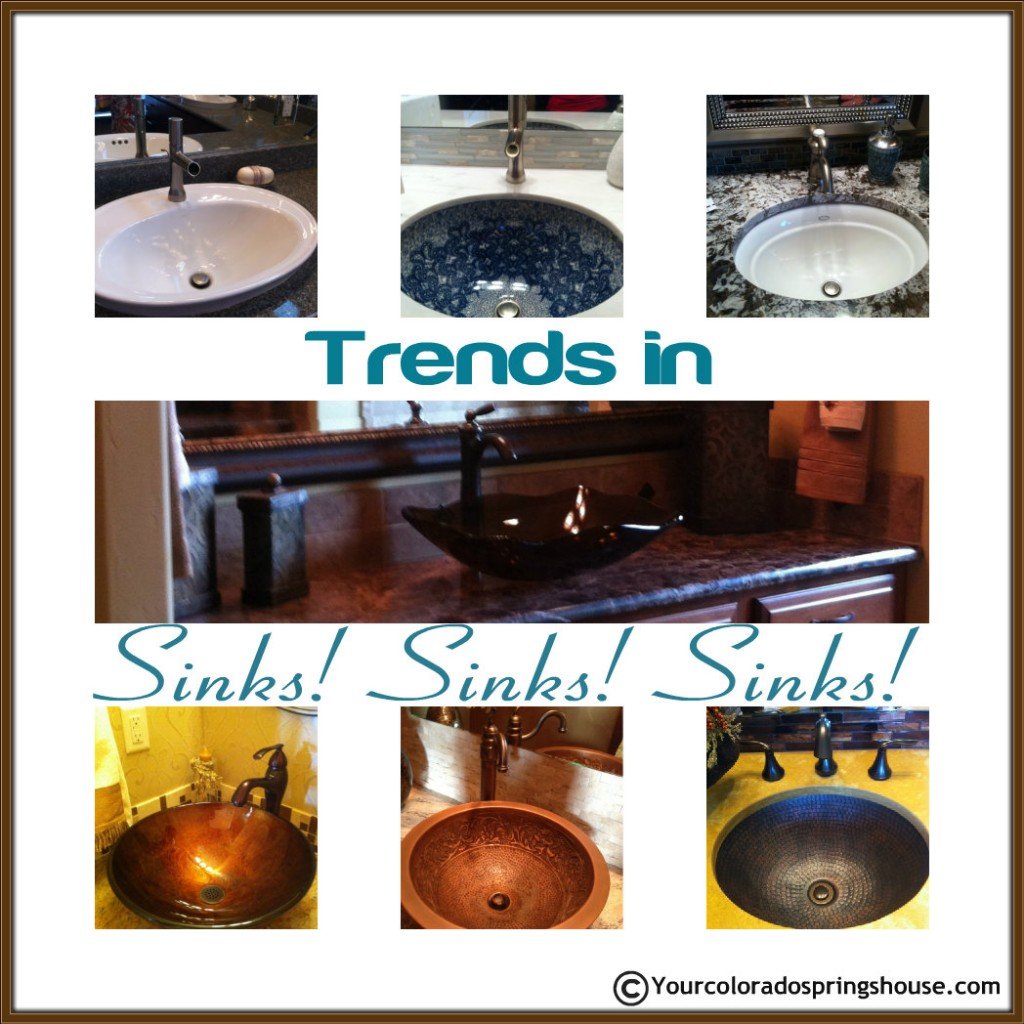 Every year I leave the Parade of Homes with the distinct desire to want to remodel my house. This year  I particularly noticed the wide array of sinks! I am not sure I saw the same sinks from one house to the other.

The choices seem dizzying: copper, glass, porcelain, rubbed oil? Undermounted, top mounted? by the time you have made a decision on your sink – get ready to think about the faucet – where again the options are near limitless.

There was no indication of a specific trend in sinks of the Parade homes. It seems all materials were used, undermount as well as topmount. However, self expression of the owner/designer was a definitely important.

I was surprised to see a lot of very dark colored powder rooms, and bathrooms tended to have more warm, lighter colors or stark white. The National Kitchen and Bath Association (NKBA) found that overall shades of gray (no pun intended) have increasingly been popular in bathrooms, but whites and off-whites remain the top color schemes, closely followed by beiges and bones.

Nearly all bathrooms had granite counter tops and some had quartz. A great amount of natural floor and wall tiles were used and a few had white subway tiles. But some visitors were thrown off by the subway tiles as they seemed to indicate “cheap” and “cold” (according to visitors). I saw a lot of new tile prints and even textures in tiles.  (see my following blog) 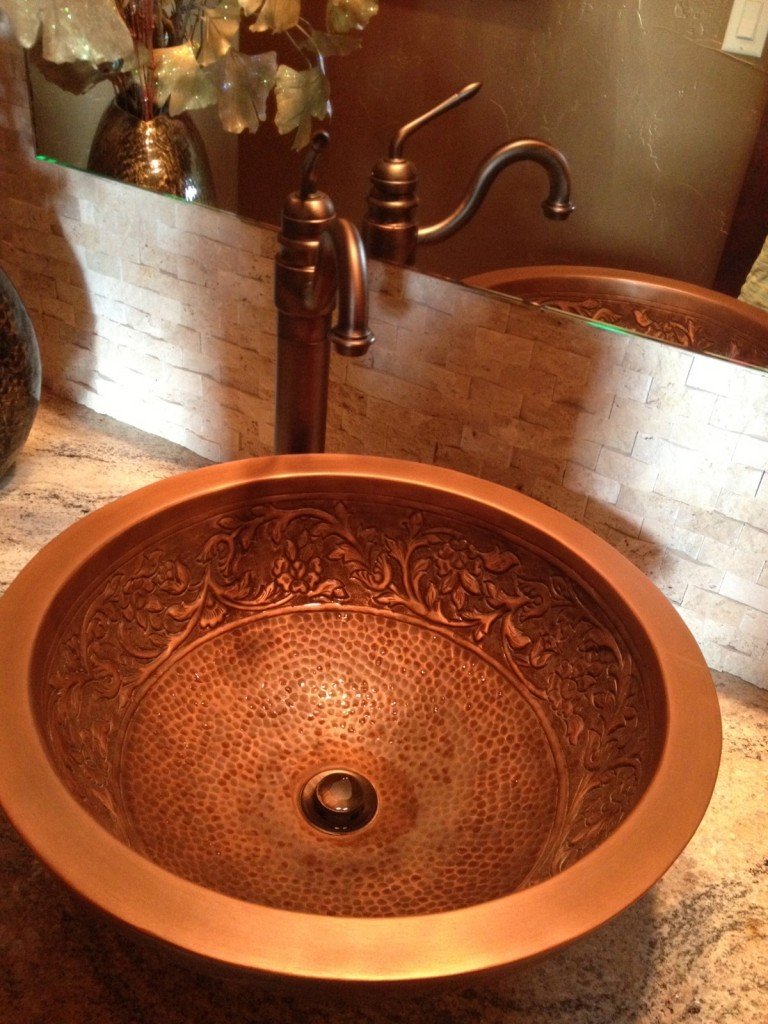 Though this photo displays a large mirror – consensus among visitors: Large mirrors are NOT ‘in’.