When most folks think of Colorado Springs, they envision mountains. Everything about our city focuses on the majestic peak that casts its shadow over us and mesmerizes its residents and visitors alike. However, it is not all about the mountains. Turn around, and one faces the grandeur and awe of miles and miles of the High Plains. Sagebrush, wild grasses, and land that is so flat and dry it’s hard to imagine how it suddenly skyrockets into imposing mountains covered in Evergreens and Aspen trees.

In this seemingly barren land lies the most explosive population growth in the region. The mountains on the west serve as a natural and unmoveable border. As a result, the massive increase in the Springs has to go somewhere – and that somewhere is EAST.

View from the southern and easternmost point of Colorado Springs.

As you drive to the southeastern most corner of Colorado Springs, you may start to wonder just how far-reaching Colorado Springs is after miles and miles of grassland and prairie. You may assume that you have long passed the outer reaches of town. Yet, that open space is still part of the city!

Here’s a little-known fact: the city of Colorado Springs occupies the largest space in Colorado at 194.9 square miles – more than Denver!

However, it is not just empty prairie out east. Large pockets of growing neighborhoods are taking shape out here. It’s almost odd really. They seem a bit out of place, but in reality, these are the seedlings of the newest growth and expansion for Colorado Springs. (Neighborhoods such as Northtree, Claremont Ranch, and even Lorson Ranch in Widefield.) 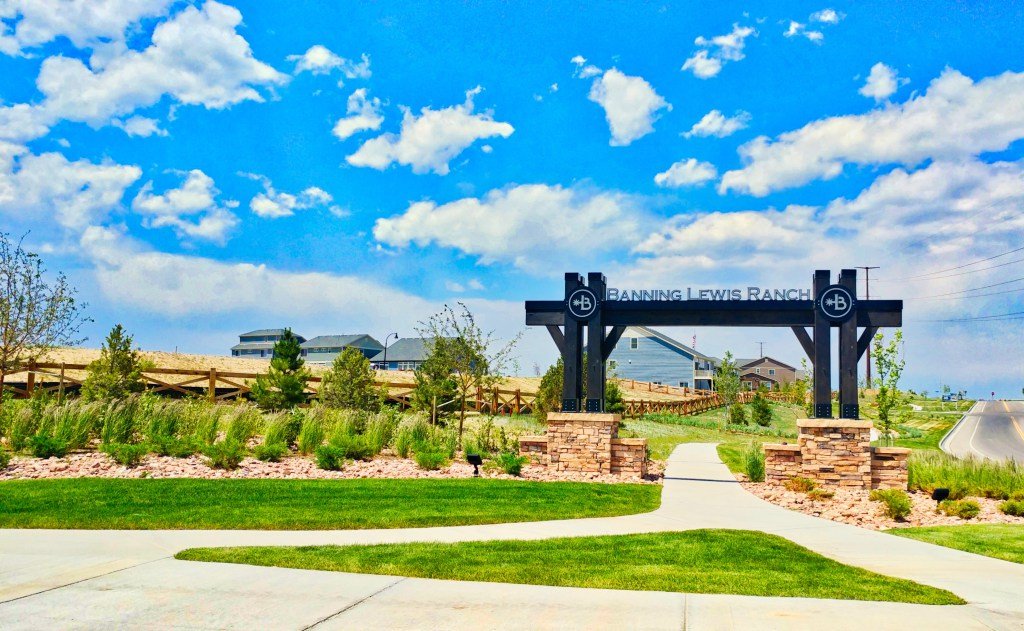 Nearly the entirety of the development plan for all land east of Mark Sheffel Rd belongs to one community – Banning Lewis Ranch.

A one-time cattle ranch, it encompasses 30,000 acres of former cattle-grazing land transitioning into a massive master-planned community of 75,000 residences, schools, activity centers, and open spaces with walking trails. It’s an energetic and active community of folks bringing life to the eastern plains.

Development started at Woodmen and Mark Sheffel and is quickly expanding south and east towards Meridian (the easternmost edge of the city limits). 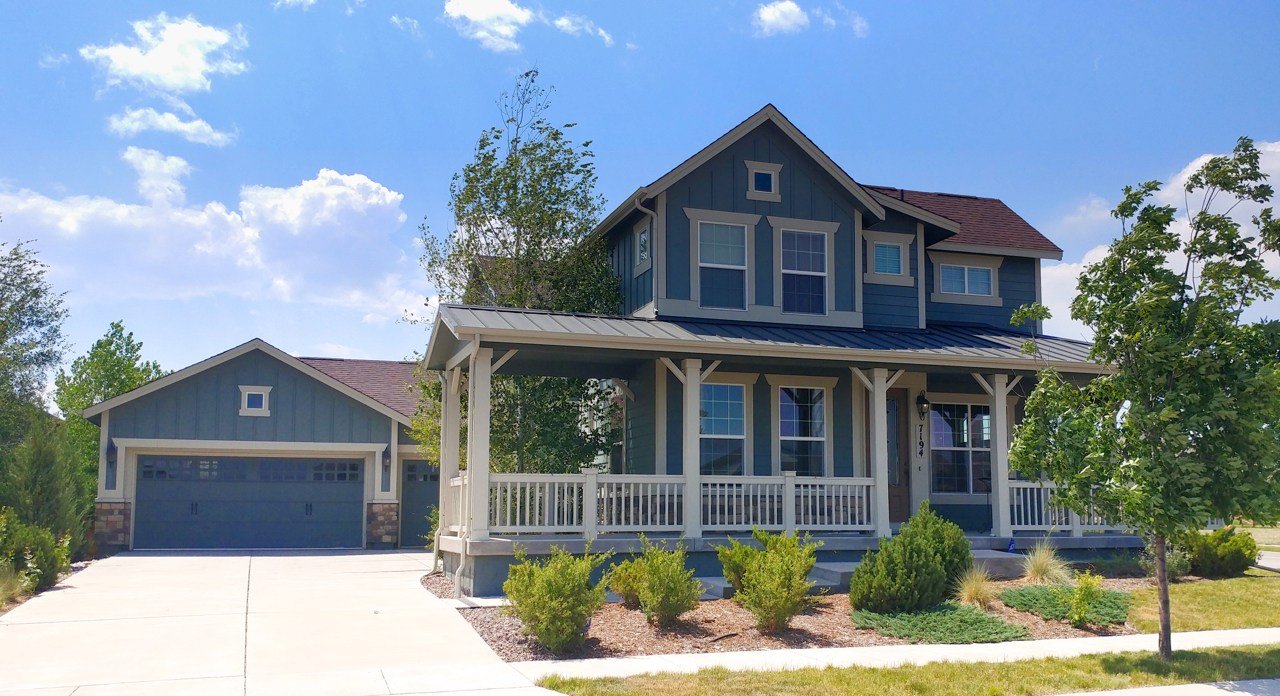 Claremont Ranch is a small, but popular neighborhood tucked in the corner where Mark Sheffel and Hwy 24 converge. It’s a neighborhood with straightforward, uncongested access to military bases and other industrial/business parks. It, along with a few random homes and commercial locations, also occupy a bit of space on the eastern side of Mark Sheffel.

COMMUNITIES ON THE WESTERN SIDE OF MARK SHEFFEL

On the West side of Mark Sheffel Rd., the housing is well established, in contrast to the rapidly expanding new-builds at Banning Lewis Ranch or the Woodmen-Powers Corridor.

The housing varies from large single-family homes to colorful townhomes, and even a well-cared-for resort-style community at Antelope Ridge. For the golf enthusiast, you’ll find plenty of homes on the border of Springs Ranch Golf Club.

…and numerous other niche communities, along with the unincorporated community of Cimarron Hills make up the rest of Eastern Colorado Springs.

In southeast COS, prices start in the upper 100s – 200s, including newer townhomes and single-family houses of Claremont Ranch. A neighborhood with straightforward, uncongested access to military bases and other industrial/business parks.

Overall, the average price in Eastern Colorado Springs is in the mid-300s.

Eastern Colorado Springs is governed by District 49. Often under the radar, District 49 is one of the fastest growing school districts and most diverse. To maximize our children’s learning styles, interests, and needs, they have created an education system that boasts:

Access to the abundance of amenities within the Powers Corridor is quick and easy from anywhere in Eastern Colorado Springs.

There is so much available that there isn’t much of a need to travel outside of the area. It’s all right there.

Also, as the Banning Lewis Ranch and other eastern communities continue their expansion, excellent opportunities are available for small business owners to build their home base in a robust and fast-growing community.

Eastern Colorado Springs may be located in the Great Plains of Colorado, but there is nothing dull about it. While much of it is still undeveloped, the parts that are under construction vibrate with the excitement and life of those eager to embrace all that it has to offer, including vast grasslands for biking, hiking, and taking in the panoramic views of the mountains.

It also is home to the Colorado Springs Airport and abundant resources, making it a very independent section of town. 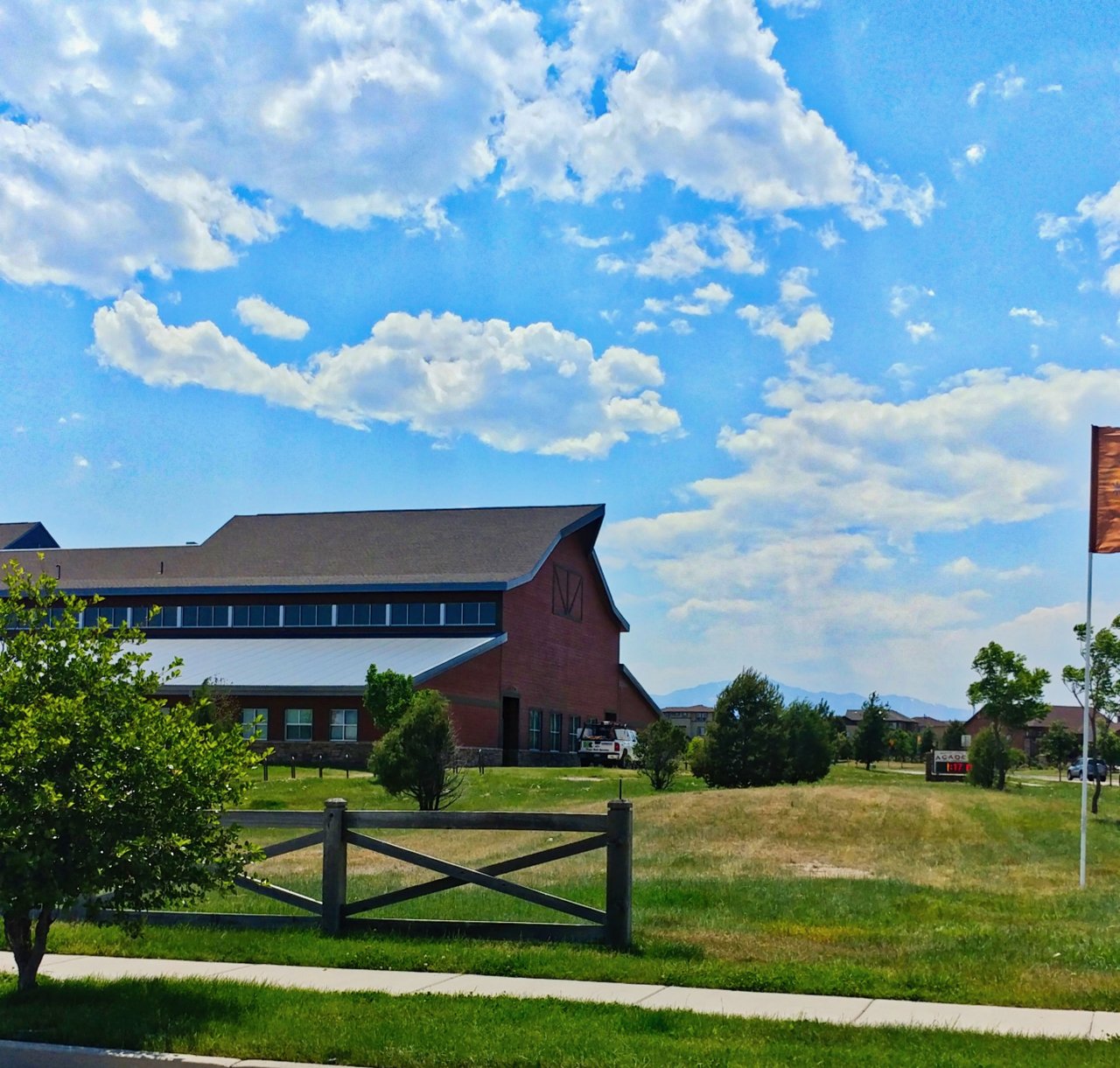 There are so many exciting options in Eastern COS that avoid the massive traffic jams of the rest of the city. While commuting to the Central or Western parts of Colorado Springs may take some time, everything you need is already located along the Powers Corridor and quickly accessible for you. Need to go to Denver? A swift hop on Powers Blvd. to Hwy 83/Interquest Pkwy gives the Easterners easy access to I-25, though about a 20-minute drive.

I would love to show you the beautiful new architectural styles showcased at Banning Lewis Ranch or one of the many homes in the established neighborhoods near Springs Ranch Golf Course.